Rukmini Vijayakumar’s “Nadi – The balance of the Elements” 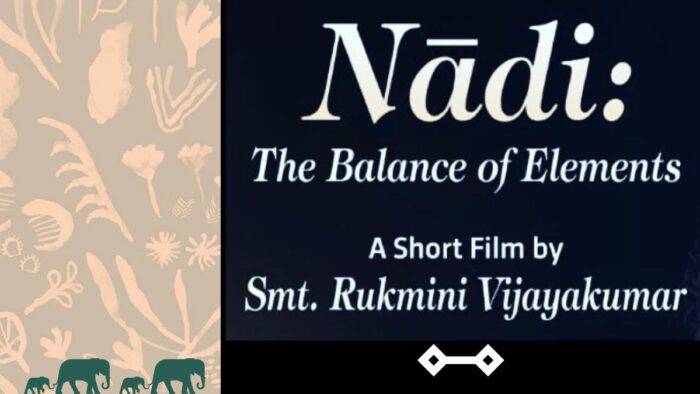 Indica Pictures is pleased to present Rukmini Vijayakumar's "Nadi - The balance of elements" a unique and exquisite dance film.

This short film on Ayurveda is the first of the three heritage short films commissioned by Indica pictures with Rukmini Vijayakumar, @dancerukmini the other two being classical arts/knowledge and spirituality.

Film Concept: Ayurveda, the ancient indian practice of medicine is based on a tradition of healing that addresses the body as a whole. The N?di or the pulse reveals to an Ayurvedic practitioner, the doshas, areas of imbalance within a body. The doshas in our bodies are created by an imbalance of the essential elements of earth, water, fire and wind, and result in various ailments. The film is inspired by this idea of Ayurveda that stipulates that balance is necessary in order to lead happy, healthy lives. Our modern lives, surrounded by technology and mundane demands, often throw us into a state of imbalance, resulting in health issues that arise from the manifestation of a specific dosha. When the body, mind, sense complex is balanced, our doshas are in check, and we are healthy. Dhanvantri, the presiding deity of Ayurveda is said to have risen from the ocean carrying with him the elixir of life and healing, ensuring health and contentment wherever he is present. The film, through dance and imagery, conveys the essential philosophy of Ayurveda.

You can watch the dance video of " Nadi" at the below.