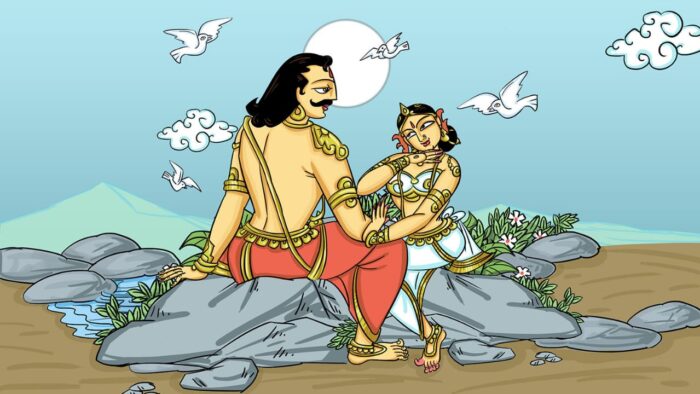 Indica Pictures is pleased to announce a grant of Rs one lac to Sarasija Theaters founded by Raajeswari Udayagri for producing “Pururava”  on an OTT platform.

The following is an extract from their proposal :

“Pururava” is an eternal, intense tragic love story authored by the renowned and controversial writer Sri Gudipati Venkata Chalam in 1947. The play portrays true love beyond materialistic/worldly pleasures. It is a story between Urvasi the celestial apsara who descends down to earth following a curse. She unites with the most powerful Chandravanshi King Pururava, the first king of the Aila dynasty. According to the Puranas, Pururava reigned from Pratisthana. Urvasi and Pururava become inseparable until a fateful moment that causes Urvasi to return back to the celestial kingdom.

This play was aired in All India Radio Hyderabad, in 1976 and never been attempted on record there after. Sarasija Theaters, took up this prestigious project to present this beautiful romantic love story on OTT platform. This will be the first ever Telugu Drama presented as a Picture Play. Top talent from the film industry have been roped in for this project. Kousalya Potturi composed music while voice over was provided by the well-known Kiran Prabha. Kuchi known for unique art created the visuals. Vamsee Chaganti, a well known artist in Telugu films and theatre played “Pururava” while Rajeswari Udayagiri, an accomplished artist and Founder & Director for Sarasija Theaters played the female lead as “Urvasi”.

This is the third such grant by Indica Pictures, earlier ones being to Rukmini Vijayakumar and Prachyam.