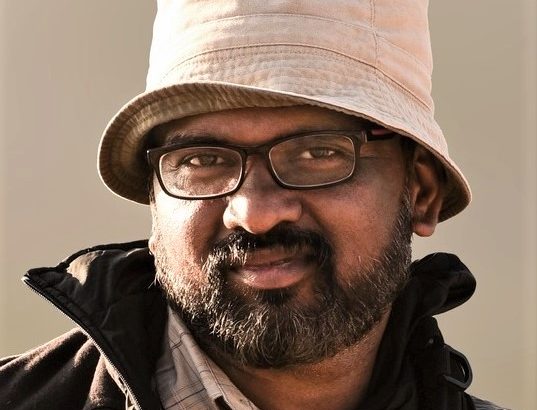 Kumar Kanchu, also known as KK is a Curator for Indica Photography. An accomplished photographer and mentor, KK believes photography has the greater responsibility in documenting history. KK is well known in the amateur community and often found mentoring or teaching photography to beginners as well as seasoned photogs. Preaching what he believes, KK incorporates the importance of ethical responsibility in photographers while teaching them technical and aesthetic aspects of photography. KK is predominantly focused on wildlife photography while also covering architecture, landscape, people and culture. He is an extensive traveler and has spent considerable time in jungles and villages of India and Africa. KK has received several commendations as teacher, jury member and writer. As technical consultant and adviser for camera gear, KK conducts workshops and sessions. Supported by companies such as Tamron and Manfrotto, the sessions attract significant participation. KK has a couple of publications in the works, one of which involves collaborating with an international team of watercolor artists. KK’s key goal is to promote photography in rural areas of India.