‘No One Can Tell Your Story Better Than Yourself’ 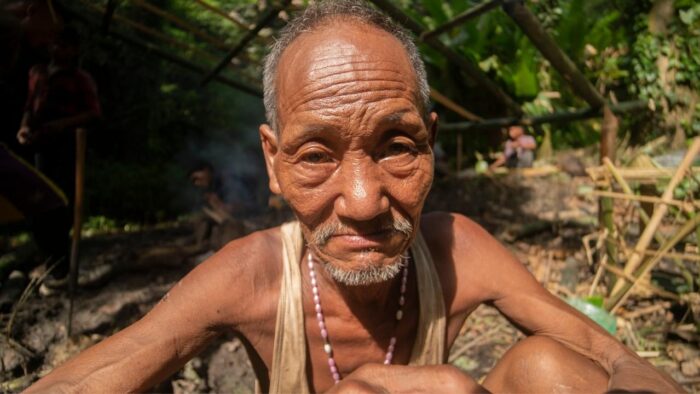 Abo Arangham, a filmmaker from Arunachal Pradesh, ventured into his own territory for new explorations. He wanted to reveal the many layers of a tradition cradled by his own community. For that, he had to turn ‘listener’ to his own people. ‘The Lost Art of Seasoning’, his documentary film, was born. 'The Lost Art of Seasoning' won the Best Documentary - Jury Award Special Mention at the Indic Film Utsav 2021. He tells Indica Pictures more about his passion for storytelling on cultural, traditional and community aspects nestled in his community and state.

What prompted you to go for a visual documentation of the traditional art of salt-making in ‘The Lost Art of Seasoning’?

A small number of people have seen or have knowledge on the process of traditional salt making. Documenting it for the next generation and sharing the knowledge through a film, we felt, would be more impactful and appropriate.

The rituals associated with the salt-making process make it an arduous task, yet the villagers carried out the sacred practice for generations. What does it tell you about the ancestors in the community?

Sometimes I wonder how difficult it must have been for them to continue the process despite the continuous danger looming around salt-making – from warring villages around. It was a difficult world they lived in which I can’t even comprehend. It was their grit to survive, desire to pass on the knowledge to next generation and respect for the spirit that they could continue.

Have you shown the film to the residents of the village? How was the reaction/appreciation?

Yes and I could feel the heartwarming connection between the villagers and their ancestors. They started to discuss and narrate their own personal version of the past folk history about salt making and the importance of its preservation. I will never forget their eyes brimming with nostalgia and pride, their regards for their past when they saw the place and the process in the film for the first time.

What were your expectations from the film before you entered the village to shoot it?

Being a younger generation from the tribe, it was necessary for us to have participated and involved ourselves with the elders and learned the process ourselves. Our expectation from the film was to actually bring alive what most of us had only known in the stories. 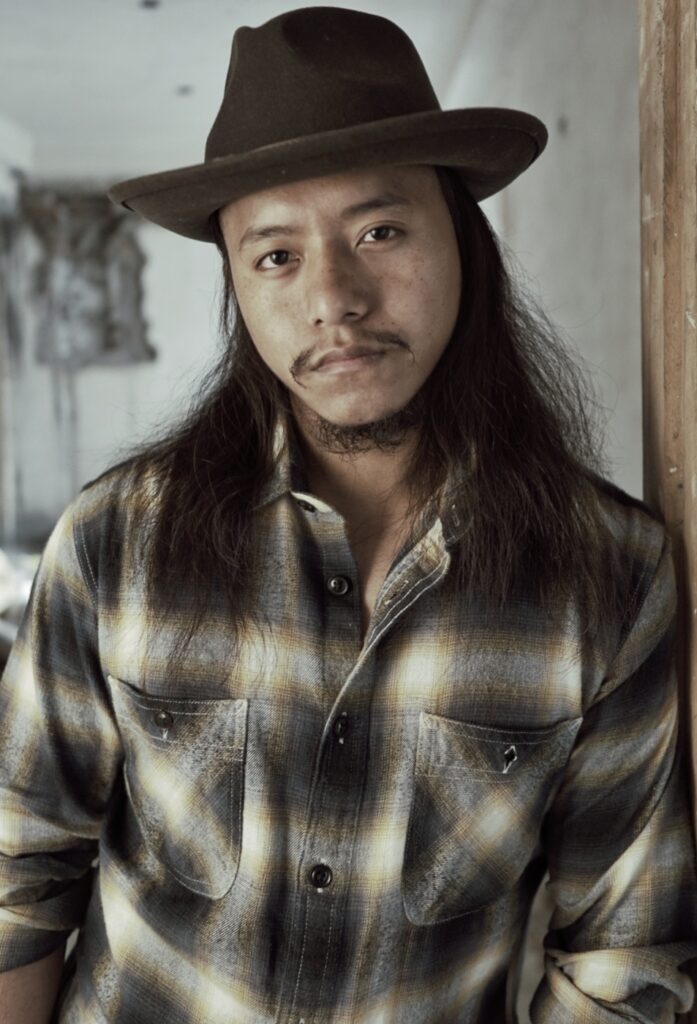 Tell us about your inclination for storytelling and the contribution of your elders to your interest in storytelling, culture and tradition.

I am from an indigenous community, where everything is passed down from one generation to the other in the form of a story. Almost whatever I knew about my people from the past was all in fragmented (stories) I had heard as a kid from the elders. This included the process of salt- making. Wanting to know more about our people and a zeal to finish those stories had me inclined towards storytelling in the form of audio visual mediums.

Salt pretty much controlled everything in the past. Local economy and power revolved around salt. Our previous generations are witness to salt being in the center of its well being inside of deep jungle. If you are to survive and move ahead, learning about the past is a must and salt is an ingredient which shaped our past and history, will, our future.

How did village elders and other residents react when you shared with them the idea of making a film on the subject?

Their first reaction was of being scared and confused. But they were happy that someone from the younger generation had shown interest in reviving the past process of salt making. They were skeptical about the series of rituals required to perform before the process of salt-making starts as they didn’t want to upset the Queen of salt.

Learning about salt production was a lifetime opportunity for you. What does it tell you about the villagers’ belief in tradition and their history?

Villagers still have deep-rooted connection and belief in their tradition and history, which is a positive sign. The fact that they were reluctant about Pre-process rituals which might offend the Queen of salt itself is a proof of how much they still believe and highly regard their history and tradition. Willingness of the older generation to pass on whatever they knew to us young people was quite encouraging and praiseworthy.

You met one of the last salt makers left in the village. Tell us about the resolve of the villagers in keeping a tradition alive.

People are keen to continue the process of salt making again occasionally at least. Most of them thought it was impossible to start again but since it succeeded, it has ignited the flame of interest in looking back at their past again.

The only way younger generation can reciprocate the hope and appreciation is by continuing the process of salt making and passing it on to the next generation. While not forgetting the rituals, prayers for offerings, to the spirit of Salt Queen. Creating awareness among the younger generation regarding the salt-making process and its importance is also necessary.

What were the difficulties you faced in shooting the film?

Apart from the technical difficulties, problems were many to count. Villagers being superstitious regarding salt making which might offend the Salt Queen (folklore), to what if they made a mistake in the pre-process rituals necessary to start salt making. Some even started talking of us being there only to start a salt producing factory for personal gains. Salt well was located at a difficult distance – enough to break our will. We had to cross a few hills covered in dense forest everyday to and fro from the village to salt well. Shooting in the month of monsoon in dense forest made it all the way more challenging and it was a learning experience. One unique challenge was to start and go on with the process of salt making with the help of fragmented memories elders had – memories of more than 30 – 35 years. Being from Arunachal, where film-making is a new concept, one doesn’t get support from a few quarters. So, it was always going to be a tough and arduous journey.

Your team has stood out as a patient listener; it collected memories of the villagers and conducted interviews. What were the challenges in putting together so much material within the time limit?

Compiling every important detail while keeping in mind its coherent story was a challenge since you want the viewers to dive in the moment along with the film. We wanted our viewers to have the same experience we had while shooting and making the film. Duration of the film is something which we did not decide before the post production stage. Idea was to keep it as short as possible at the same time not missing any single connecting dots of the salt making process.

What other aspects of culture in the North East interest you in film-making?

I would definitely want to expand my research through films mostly related to my tribe and Arunachal in particular. It is a huge task, since most of the tribes don’t have any written history for any sort of reference. Stories heard from the elders are first priority because there is vast knowledge hidden in those simple stories which need to be shared. I hope I can contribute in any way possible to help preserve our forgotten stories through films.

Tell us about the stories and films that you like and appreciate.

The kinds of films which bring out the best in us and our environment that we are living in, which tell us the story about the past and the present from far away lands; which ignite our eagerness to know more about this beautiful and diverse world.

How did showcasing the film at the Indic Film Utsav help you and your team?

Getting screenings at film festivals is always welcome and morale-boosting for young filmmakers like us. Getting recognition from the organizers was a cherry on the top. Glad that the Indic Film Utsav gave us a stage to show our humble lifestyle.

What are you currently working on?

I am currently working on more of such content from the far flung corners of our indigenous tribal culture to be preserved and available for the world to see.

What are the advantages of telling stories of your own region via films?

One gets to learn and see many new things. One feels a sense of responsibility towards it. The whole process becomes a learning experience in itself. And this is our own story. No one can tell your story better than yourself.