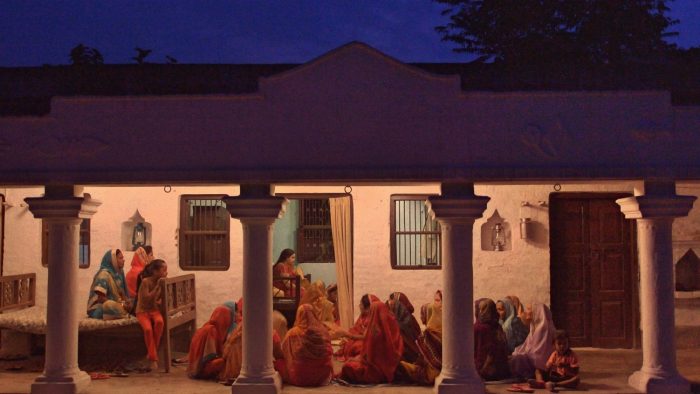 Indic Film Utsav is delighted to announce the entire slate of independent films. 80 films from 18 different languages that are mostly from India and all about India, have been lined-up for the viewing pleasure of audiences all over the world. As previously announced, Indic Film Utsav will be hosted on a highly-secure DRM-enabled OTT platform. Films will be available starting from November 12ththrough to 15th. There is no Admission Fees for the entire event. Visit indicfilmutsav.indicapictures.com for details regarding the entire line-up and each and every film.

Speaking about the festival, Harikiran Vadlamani, Founder of Indic Academy said, “I am very happy with how Indic Film Utsav has shaped up. I know the team has worked very hard to put together this offering. Please take time and watch these wonderful films. You are at home and here is a 4-day film festival that is free – you won’t be disappointed”.

“Gamak Ghar, a Maithili language film, will remind you of something that you have forgotten, an experience that you had in your childhood. Shonajhurir Bhoot will scare you for sure. T for Tajmahal is a young man's journey to bring literacy to his village through a unique social enterprise. Myriad is a sci-fi short. Blood Buddhas will reveal to you the dirty business of illegal trade of deities. The Flowers and Gemstones will immerse you. Kanneeti Katti is a different take of Rayalaseema. These are just a handful. There are 80 such great films and I can go on and on! Here is what I promise – each of our films will touch you at places that you didn't know existed”, said Danji Thotapalli, Chief Curator and Festival Director of Indic Film Utsav. “The best way to experience these films would be to watch them in their entirety; don’t fast forward them. Each film in our line-up has been curated to give you an experience. They will grow on you. The Flowers of Cassia Fistula and Mango is a Malayalam film, but since every film has English subtitles, you can watch it and enjoy it, even if you are not familiar with the language”.

“Keeping in mind the goals we have set for ourselves, we have picked films that span across multiple genres. All our films have a positive aspect to them. We feel this would be just what we need during this uncertain and tough year”, said Nikita Hattangady, Head of Programming. “21 of the 80 films are full-length films. The short films have been programmed as bundles. On top of the bundles of short films and ultrashort films, we also created bundles that are focused on children and wildlife. All films in Indic Film Utsav are family-oriented movies”, she said.

Thanks to digital technologies, film festivals have become exceptional tools for breaking down barriers of physical distance. In order to reach Indic audiences across the world, Indic Film Utsav chose to an online global film festival. You can watch our films from the comfort of your home! Indic Film Utsav is now open for your registration to the festival. By registering, you will receive Festival Newsletters with festival updates around screenings, panel discussions and access to special events such as Opening Night and Closing Night. Admission is FREE to the entire 4-day event scheduled for November 12th– 15th, 2020. Click HERE to register.